Set in the beautiful countryside of North Oxfordshire, the parish of Sandford St Martin lies 10 miles south of Banbury and has a population of about 210.   As well as the village of Sandford, it contains the hamlet of Ledwell a mile to the north.  It is a long narrow parish about two and a half miles in length.

The name implies that there was a sandy ford around which the settlement grew up; village tradition asserts this was probably over the Tyte brook in the centre of the village, but it may have been over the Dorne.  The fine 13th century church, with its turreted tower, is dedicated to St Martin; a stained-glass window by John Piper shows the legend of the saint dividing his cloak to give half to a poor man.  The church also contains a rare painting of the arms of Elizabeth I which dates from 1602, prior to the unification of England and Scotland.

In the centre of the village is a small triangular green, on which a medieval cross base was restored and given a new head in the mid nineteenth century.Nearby is Sandford Park, the most prominent house in the village, built in the early 18th century.

Ledwell derives its name from a spring; the wellhead and pump that were used to draw the water are still a charming feature of the hamlet.

Both village and hamlet are conservation areas, surrounded by farmland. Many of the traditional stone houses are listed, and some are thatched. 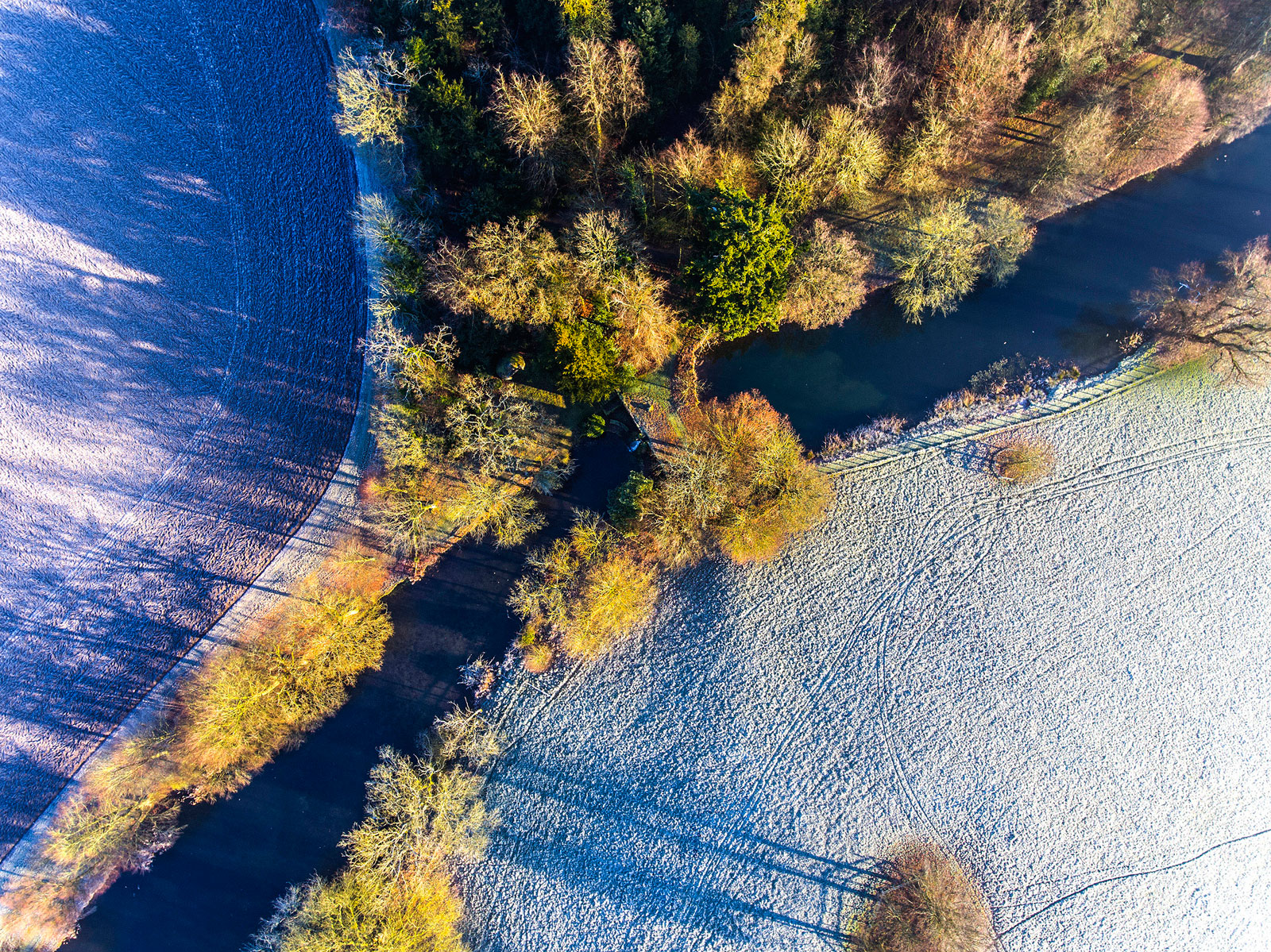